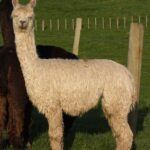 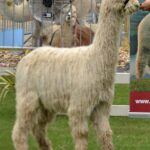 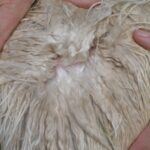 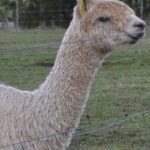 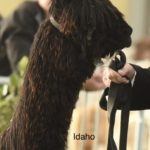 Co-Owned with Molly Gardner of Thistledown Alpacas in New Zealand. Thistledown Alaska is an outstanding young male with a BLACK dam.

He was selected by Thistledown for his exquisite handling fleece and uniformity of micron. He has a real lack of primary fibres, even in his brisket, which is a highly inheritable trait. He also has beautiful lustre and a solid frame. Consulate’s sire Madolo comes from an extremely fine and uniform dam (Gold Coast Madona) who has held her micron, uniformly even, into her very old age.

The sire of Madolo is Piccolo (full accoyo, dam Macusani Ma Belle and sire Icalon) known for his extreme density. Thistledown Idaho is Alaska’s dam. She is a stunning blue black female with a fine fleece with exceptional lustre and great density. She is a multi champion in colour, age group, breed and fleece and one of Thistledown’s best black females.