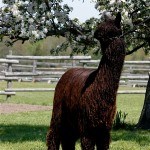 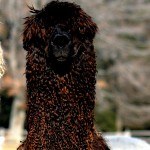 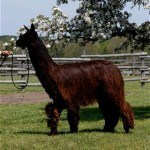 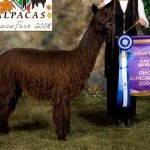 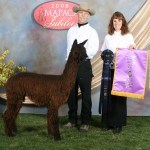 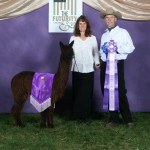 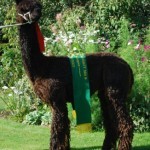 Now this is what we are talking about when it comes to Suri Alpacas. The Synergist is an imported grandson of the famous MacGyver from the USA and has a lustre that has to be seen to be believed.

He has lustre that shimmers, density, beautiful architecture, fibre coverage and strength of bone to die for.

The Synergist is a truly eye catching sire that has proven bloodlines and is producing champion progeny.

If you are serious about coloured Suri Alpacas, The Synergist should be top of your list.